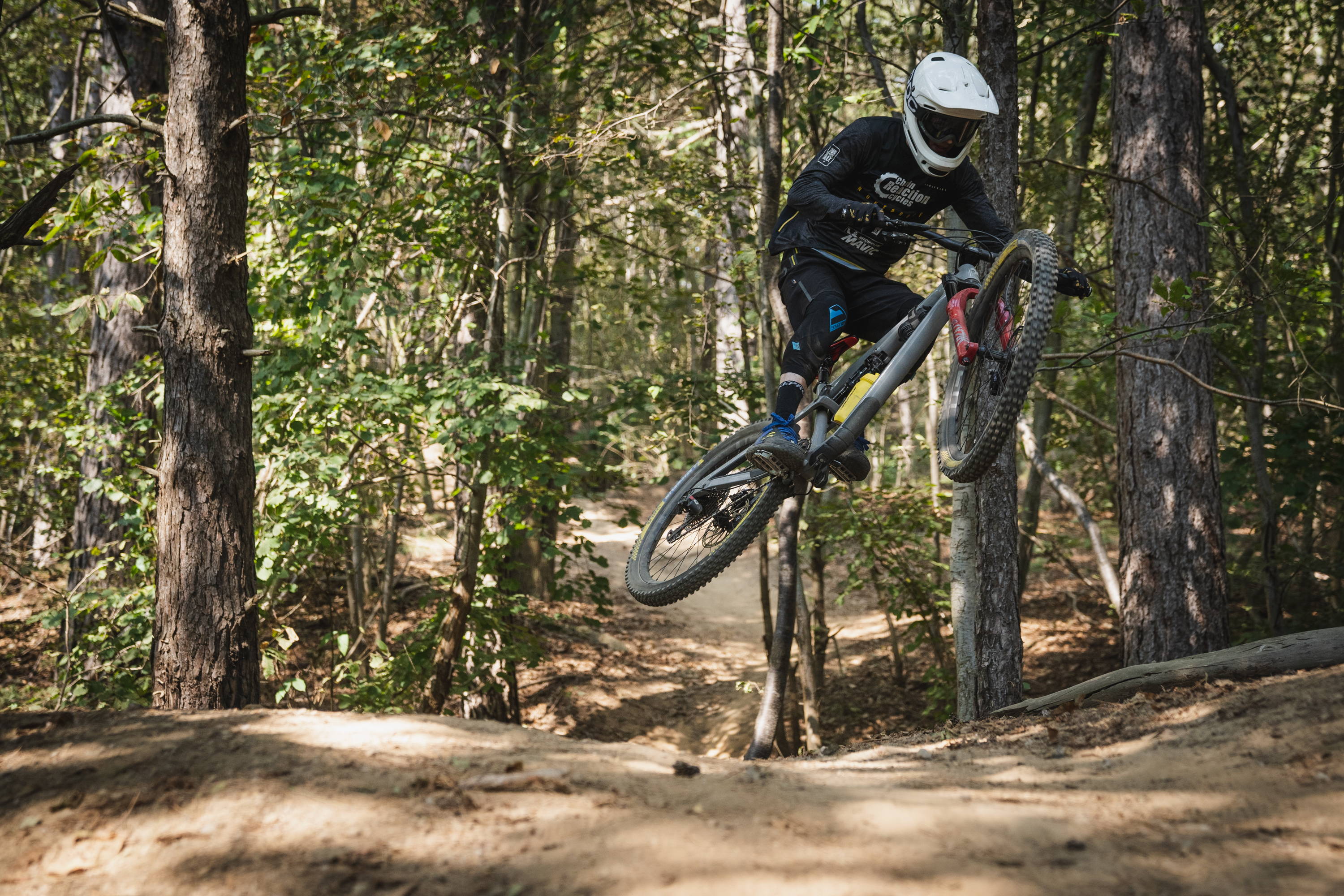 Little did Lill Robbo know, that when he asked Team CRC Manager Nigel Page "What's an Enduro like?" on a mate ride up in Scotland, he was going to end up taking to the EWS stages in Italy taking on what would be two of the biggest days riding of his life, Welcome to Enduro Lill Robbo!

Hailing from the EWS Mecca of Warrington, Lill Robbo is a plumber by trade and just sends it with his mates at the weekend. His attitude to his attitude to his riding is infectious. Always positive, give anything a go and in filming he's always putting his body on the line! With only weeks to the start of the Enduro World Series season and Sam Hill and Kelan Grant side lined, Lil Robbo got an offer from Nigel to be a super-sub on the 4 time World championship winning team (no pressure lad). It also happened to be his first ever "official race".

1 plane, 2 trains and 7 hours traveling, excitement was peaking and he was rolling into the hallowed halls of the Hotel International to meet up with Nigel, Elliott and Ant Hale in the "home of Enduro" Finale Ligure.

Finale Ligure is almost the dream location to ride your bike, rad trails, beach life and some of the finest gelatos and pizza in the land "Enduro life ain't so hard?". He was even impressing "Mr Wheelie Wednesday" Wyn Masters with his back wheel skills. To Robbo the first few days in of the EWS lark were Paradise.

Round 2 of the shortened 2020 Enduro Word Series was to be held a few KM don the road in Finale Pietra. For Robbo practise was good, shredding the awesome new trails, all up until he ran out of water in the 36 degree heat on the way up to stage 3! A lie down and as Robbo put it "finding a magical green door in the side of the mountain" save him before a trip to the shops to refuel on a tin of the red doctor (coke). then on to complete the rest of the 51km course.

Then Race day happened. The focus for race day "not dying" and to make it round and have some fun. With stage 1 & 2 in the bag and going well, stage 3 happened. On Stage 3 there was a dirty compression that was catching a few riders out. But in true Lil Robbo style, he just sent it, it then sent him over the bars and into the abys. God only knows how he survived unscathed, but in a sensible move he called it a day as he "didn’t feel right at all after that, hit my head pretty hard on the way down".

Welcome to the world of enduro Robbo. In a restaurant later that evening, sitting with the team it was time to celebrate! You could forgive Adrian Dally (who was on the table next to the team) for thinking Robbo had just won the EWS with the level of stoke that had fallen on him. The reason, his massive crash had made the official highlights real, the EWS Instagram and GMBN, victory for lil' Robbo! 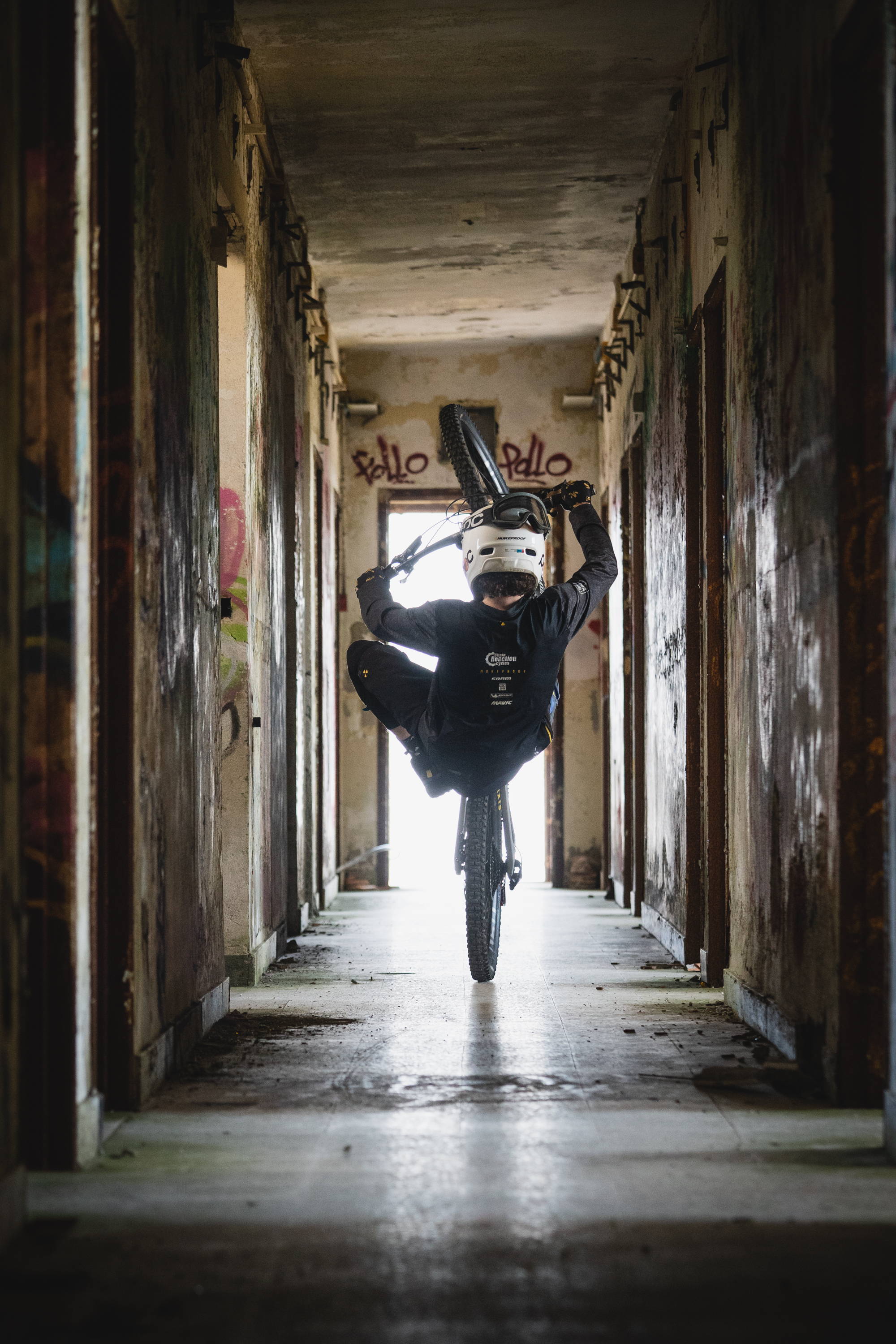 "Focus for the race: Trying not to die." 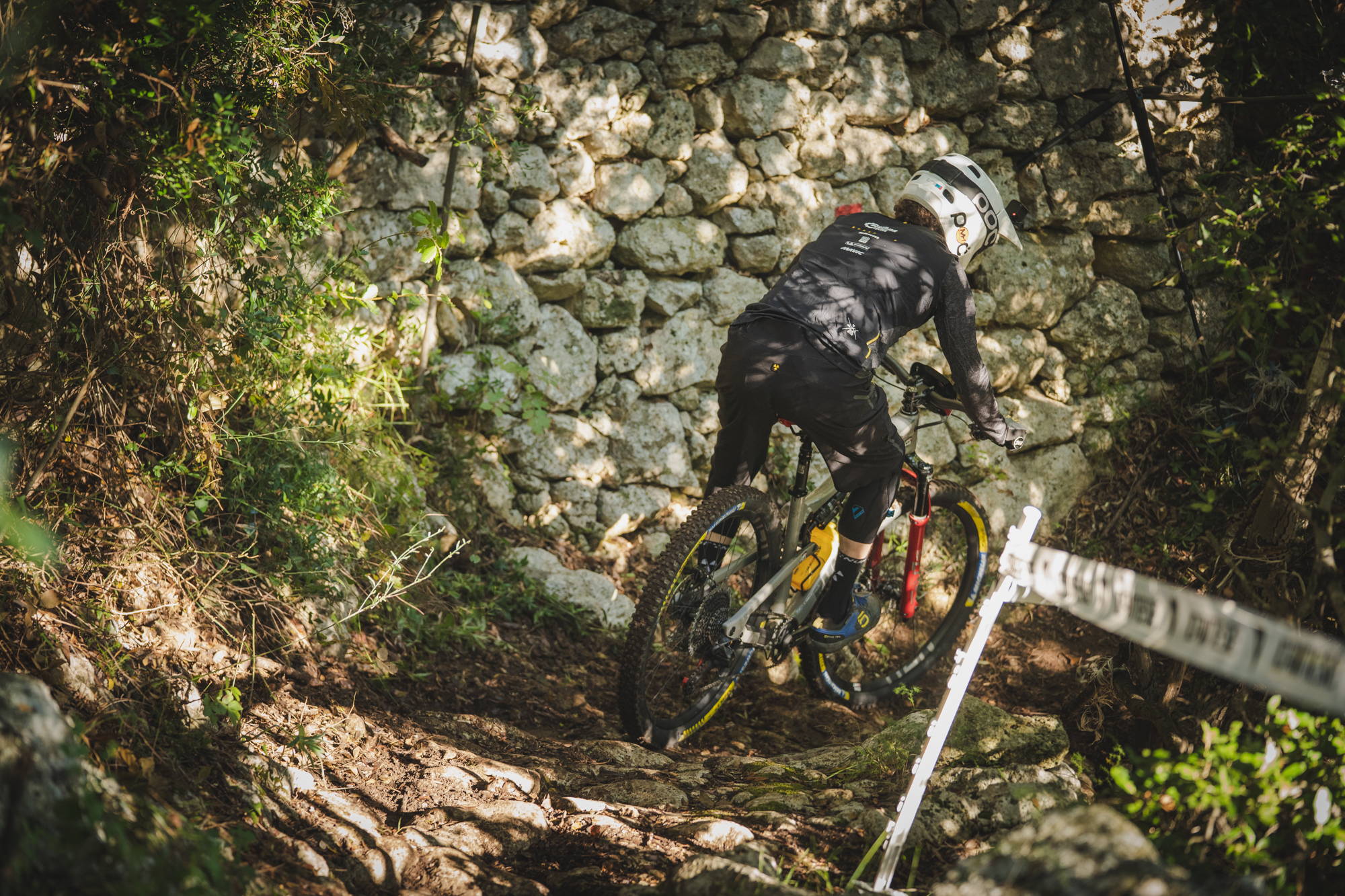 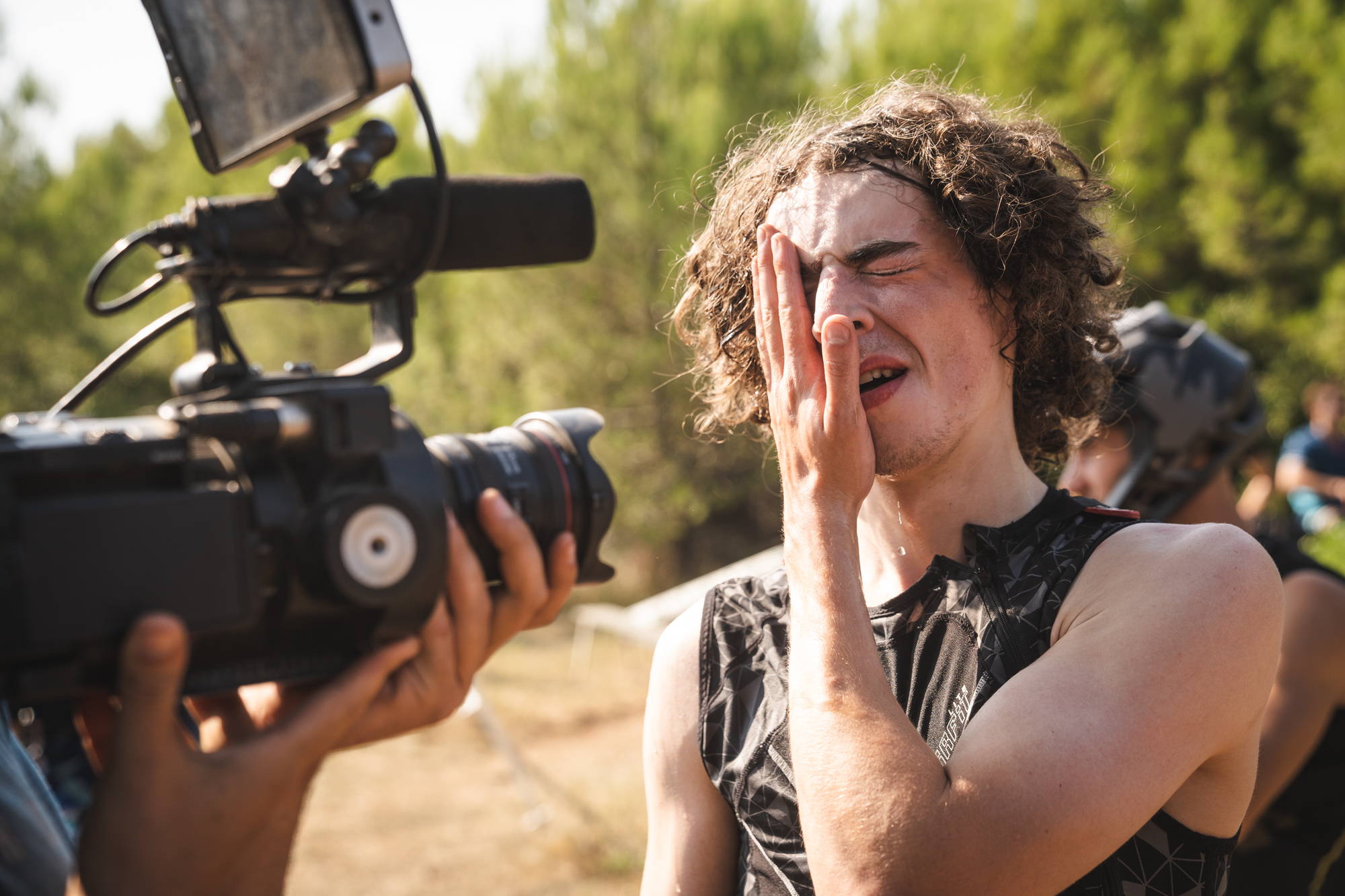 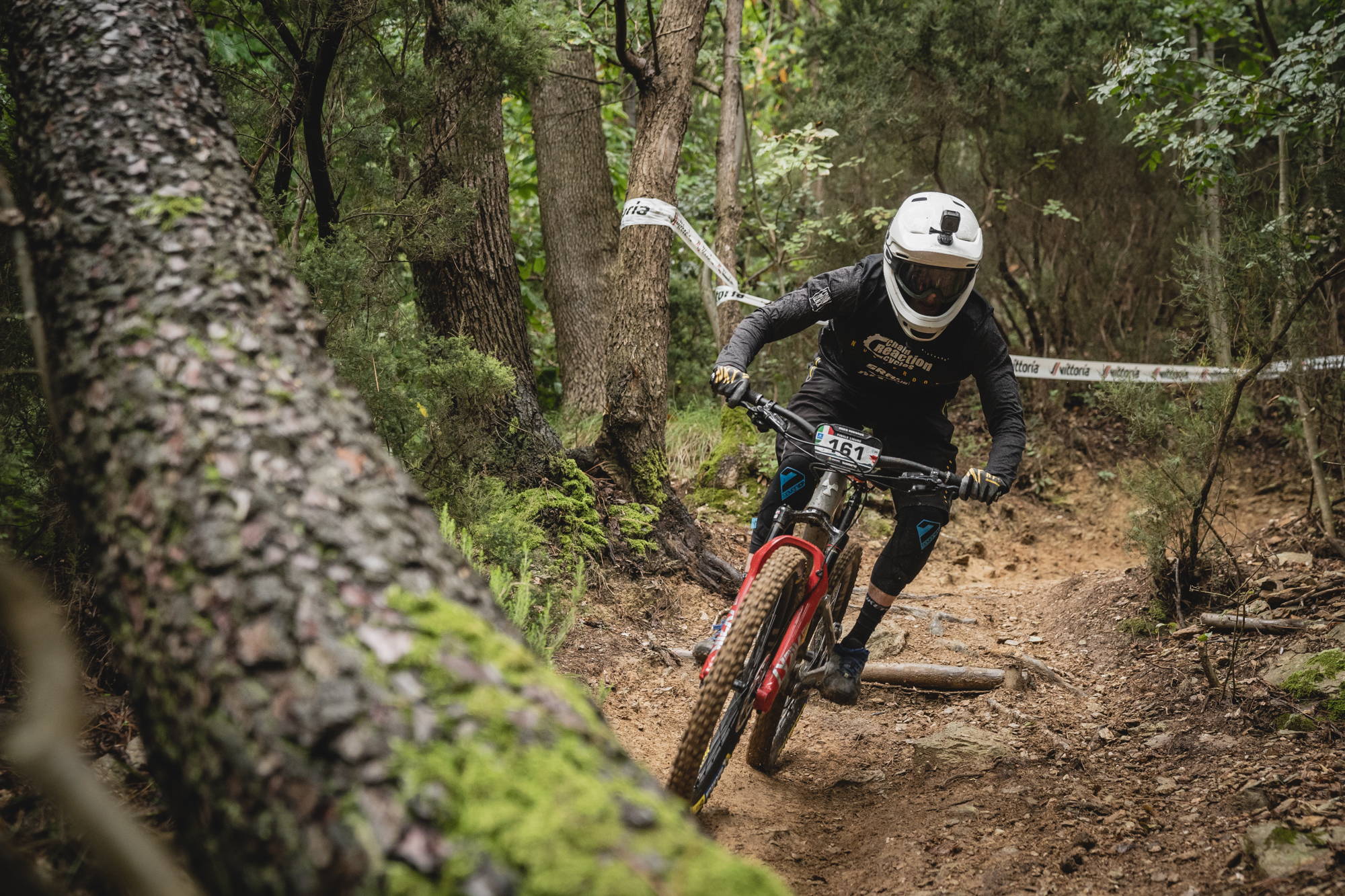 With Round 4 of the EWS was held just down the road from Pietra in Finale Ligure itself. A week of recovery (Beach (some savage sun burn), Pizza, Ice Cream and a few appointments with the red Doctor), it was time to do it all again.

The main focus for the race again was to learn from the the first race and try not to die (easier said than done for this energetic pup). Round 4 offered another another massive day of racing (61km of riding and 1800m of elevation), so plan was to wind the throttle down, just ride for fun. however the day was brutal . Stage one was tough, really tough.

Contra to popular believe and his Adonis physic he's never proclaimed to be the fittest of athletes (the 30 second trails form back home are slightly different from the Italian mountains). As the longest stage of the day he made it through alright, just loosing time due to a minor mechanical. Stage 2 was a favourite, with only one run through the stages in practise, it was one of the stage he actually felt he knew what was ahead, plus there was the carrot of going back to the pits and grab some food after. Heading up to stage 3 and made up that so far he had made it through half of the day with out crashing, the end started to dawn on him! Nearly at the top of the climb though, that horrible feeling of energy starting to disappear and the horrible build up of cramp started in his left leg. in Robbo's words "I thought it would go, but just after the start of the stage I dabbed my foot and it kicked back in really bad and I couldn't shake it off. At the end of the stage I had a little sit down, but my leg to wouldn't stop twitching and I knew my day was done." Limping back the pits stoke was still high having had the opportunity to ridden some unreal tracks and the chance to try an EWS, maybe a he bit off a bit too much in an EWS for his first proper race, it was certainly an eye opener, but all in all it was an amazing experience for the lad and these opportunities don't come up every day.

On reflection "The races are a bit tougher than I though and maybe need to be be a bit fitter if I do anything like this again. But it was easy the best trip of my life with the best people to do it with can’t thank Nige and team enough for help making it happen." 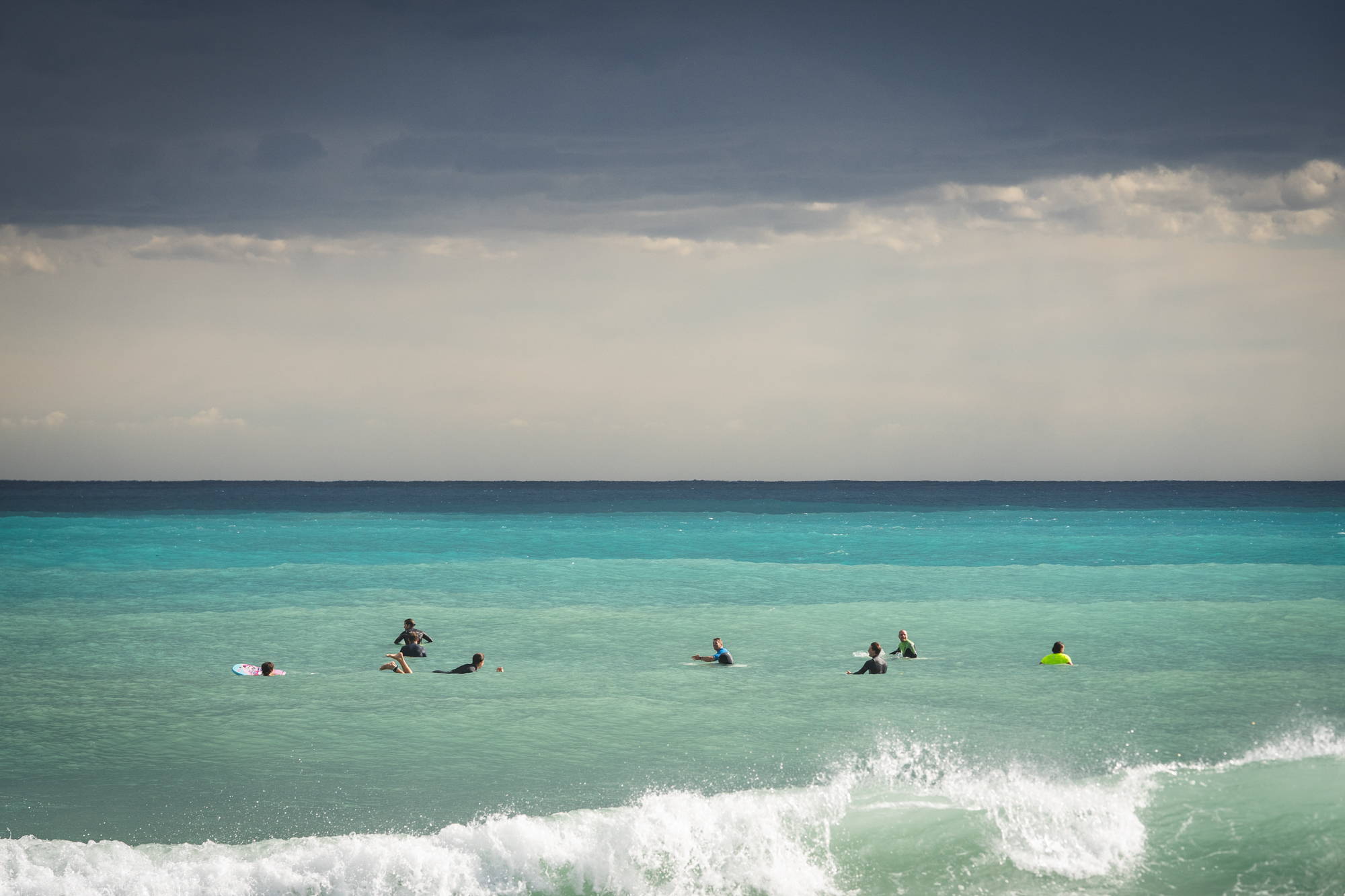